Do You Need Disaster Insurance for Your Home? 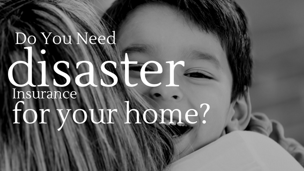 For many people, homeowners insurance is an unnecessary expense. However, most of them are glad they have insurance when they need to file a claim in order to get reimbursement for damages caused by events covered under their policies. By extension, how many people do you think have disaster insurance? To give you a short answer, not many.

Recent statistics have revealed that about 80 percent of U.S. households opt for standard coverage. According to experts, that’s partially because people are unaware of what is covered – or better said, what isn't covered – by a basic insurance policy.

A standard manufactured home insurance policy generally provides coverage for losses resulting from a short list of perils, such as fire, lightening, windstorm, hail, explosion and falling objects along with living expenses should the policyholder need to live elsewhere while his home is being repaired or replaced.

According to the Insurance Information Institute, some common exclusions include, but are not limited to: flood, earthquake, landslide and sinkhole. Since a homeowners insurance policy can contain exclusions for damage caused by different perils, it’s critical to review your policy for the limits of your coverage before signing anything.

Coming down to another essential aspect, what do you think will happen if your manufactured home sustains serious damage as a result of a catastrophe your policy doesn’t cover? In that case, you’ll need to pay for any necessary repairs out of your own pocket. As you may not have the financial resources to pay for repairs, or worse, buy another home, you should seriously consider getting disaster insurance even if you don’t live in a vulnerable area.

While you’re weighing whether or not you should purchase disaster insurance, it’s important to carefully asses the level of coverage you need for your manufactured home. Here are a few things you'll want to take into account before making a final decision.

We’ve all seen the news: Hurricane Hermine slammed into Florida’s Gulf Coast and many areas across the Florida Panhandle faced major flooding just a few days ago. As we all know, there are many flood-prone areas in Florida. But a new report published by the Federal Insurance and Mitigation Administration (FEMA) has found that every state in the US has experienced floods over the past years. A little-known fact is that just a few inches of flood water could cause major property damage. Between 2006 and 2015, for instance, flood insurance claims have totaled on average $1.9 billion per year.

“Earthquakes can strike any location at any time.”– USGS

According to the Department of Homeland Security (DHS), all 50 U.S. states are at risk of earthquakes. Though an earthquake greater than magnitude 4.0 is unlikely to occur, there are several thousand small earthquakes in the US each year. In a populated area, a major earthquake could cause property losses of over $200 billion, FEMA estimates.

“Landslides occur in all U.S. States and territories.”– DHS

Though landslides typically occur in mountain and coastal regions, a Fast Fact sheet issued by FEMA confirms that landslides can happen anywhere as a result of an earthquake, storm, heavy rainfall, rapid snowmelt, volcanic eruption, fire and changes in the land caused by human activities.

Sinkholes are common in areas with “karst terrain” under the land surface. This type of terrain contains salt beds, gypsum, carbonate rocks, limestone, dolomite and/or other rocks that dissolve in the underground water. The land often appears intact until the underground cracks and crevices become too big. Once that happens, the soil is no longer able to support the buildings and roads above, the specialists from USGS explain. As sinkholes could cause substantial structural problems and damage, they pose significant risks to properties.

Now that you know all these facts, it’s up to you to decide whether you should purchase disaster insurance or not. However, our insurance professionals advise manufactured home owners to get full coverage, especially considering that not everyone is eligible for federal disaster assistance.

To give our customers peace of mind, we only offer comprehensive coverage options. Therefore, if you’re looking for full coverage to protect your most valuable asset against a wide range of perils, we invite you to get in touch with our insurance experts, who will be happy to answer any questions you may have about our manufactured home insurance programs. 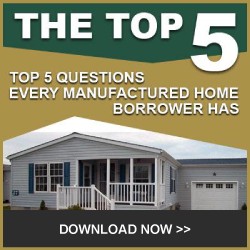