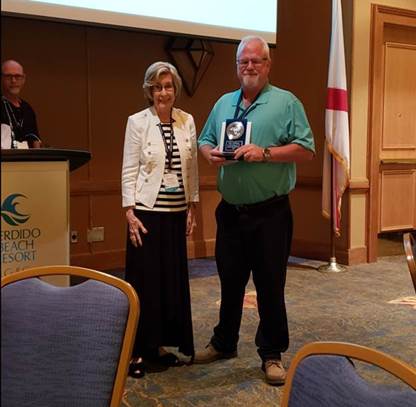 Sam has served on the AMHA Board of Directors since 2003 as Chairman, Vice-Chairman, Secretary, and Treasurer and on numerous AMHA committees.  He was inducted into the AMHA Industry Hall of Fame in 2010 and was selected as AMHA Person of the Year in 2008.  He also serves on the Alabama Housing Foundation Board as Treasurer.

Please join me in congratulating Sam on this Special Appreciation Award.