With Don's leadership, Triad has been honored with a number of industry and community awards during the last 20 years, including being named by The Manufactured Housing Institute (MHI) as the National Lender of the Year eight times. Triad has been named numerous times by the "Jacksonville Business Journal" as one of the fastest growing companies in Northeast Florida and one of the Best Places to work in the large company category.  Don was given the Chairman's Award from MHI in 2010 for his efforts on behalf of the Manufactured Housing Industry.

Don is also the former Executive Chairman of The Jacksonville Bank (JAXB); a NASDAQ publicly traded Bank Holding Company and the largest community bank in Northeast Florida.  Don served as the Chairman of the holding company board of directors until the bank was sold to Ameris in 2016.

Don is the former Vice Chairman of Citizens Property Insurance Company, the eighth largest homeowners insurance company in the U.S., insuring one million properties in Florida.  Citizens was created by the Florida Legislature to help its residents obtain homeowners insurance not otherwise available to them.

In June of 2014, Don was named by the "Jacksonville Business Journal" as an "Ultimate CEO" for large companies as voted on by the newspaper's editors. He is the only two time winner, formerly winning in 2010 for midsize companies. Don has been written about and interviewed in numerous publications such as "The Wall Street Journal", "The New York Times", "The American Banker" and many others.

Mike Tolbert is the President of Triad Financial Services. Prior to becoming President, Mike’s celebrated longevity with Triad Financial Services began in 2006 in Jacksonville, Fl. followed by 10 successful years in California serving in the roles of VP, SVP an EVP.  Mike has over 20 years’ experience in the finance and banking sector with a specialized focus in business development and operations optimization.  He has been highly successful in strategic organizational-level oversight throughout his career with a focus on delivering differentiating financial products to market. His broad expertise includes in-depth lending program management, risk management, regulatory compliance, income/credit analysis, business process optimization, product development and pricing strategies. 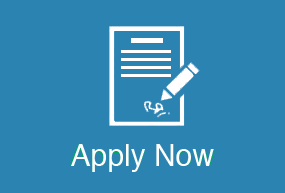